Prepare yourself for an exceptional night of music, as three of the most exciting Arab alternative bands of all time come to the Cultural Foundation! El Far3i, El Morabba3, and Harget Kart will bring their biggest hits and electric stage presence to Abu Dhabi for a truly unmissable show.

Cultural Foundation Theatre
Find us on the map

El Far3i
Tareq Abu Kwaik, known by his stage name El Far3i, is a Palestinian songwriter, percussionist and vocalist from Amman, Jordan. He is the founder of Arabic folk and acoustic rap solo act El Far3i and Hip-Hop MC Far3 El Madakhil. Inspired by his surroundings and the high-speed changes in the world, El Far3i shares his thoughts and visions in verses, grooves and melodies from the eastern side of the River Jordan to the outer world and back. El Far3i means coming from a branch, which is a symbol of growth and reaching outwards to the world by feeding from the roots.
El Far3i is also a member of 47Soul and was formerly a member of El Morabba3. Since 2012, he has released four solo albums.

El Morabba3
El Morabba3 is a Jordanian-Palestinian music collective based in Jordan, and known for their unique electro-rock, indie-tronic sound. Winners of Best Indie Track at the ANMA 2016, El Morabba3 is one of the musical projects leading the revival of the Arab independent music scene.
With a discography of two albums - self-debut (2012) and Taraf AL-Khait (2016) – El Morabba3 have toured the Arab region, Europe, and North Africa.
The collective is led by co-founder, singer-songwriter and bassist Muhammad Abdullah, accompanied by producer Basel Naouri on keys, trumpet and electronic production, Zeid Mseis on drums and percussions, and Firas Arrabi on electric guitar.

Harget Kart
Harget Kart is a Jordanian band consisting of four members who, while having very different backgrounds and experiences, became fast friends prior to collaborating musically. They formed the band in 2011 and started working in media, audio and video production, combining all their experience to create their own production house. This production house became known as H.K Experience and began to undertake all types of production. Harget Kart released their first cover in 2014, followed by three videos. The band has pioneered East/West music fusion through a unique and special flavour of its own.

You may also be interested in the following events coming up at Cultural Foundation. For the first time in Abu Dhabi, the award-winning Tom Gates book series is coming to the stage in an exciting family adventure! With beloved characters and a brand-new story, this show is perfect for children aged 5-12. Join the adventure with fan-favourite Tom Gates and his band The Dogzombies as they do their best save the day! Tickets: AED 100, AED 75, AED 50 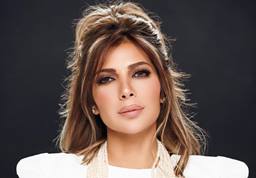 Asala is one of the most successful pop stars in the Arab world. With an incredible 26 albums to her name, she has numerous hits and an extensive musical repertoire to draw on for her Cultural Foundation show. In 2019, Asala performed Right Where I'm Supposed to Be as the Official Song of the 2019 Special Olympics World Summer Games in Abu Dhabi in collaboration with Ryan Tedder, Avril Lavigne, Luis Fonsi, Hussain Al Jassmi and Tamer Hosny. Tickets: AED 500, AED 350, AED 250 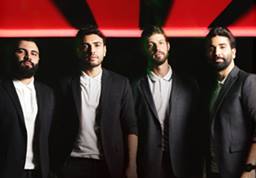 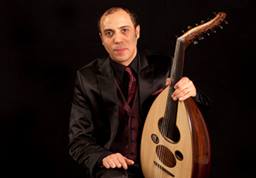 Following a week of masterclasses at Bait Al Oud, Swiss-Egyptian Oud Master Nehad Al Sayed will perform with his students at the Cultural Foundation Amphitheatre. As part of its teaching curriculum, Bait Al Oud regularly invites the leading musical masters to Abu Dhabi to offer unique music lessons in the instruments taught in the school. 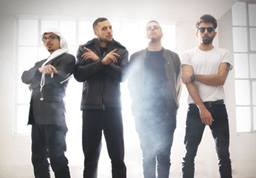 47SOUL is an Electro Arabic Dabke (Shamstep) band formed in Amman Jordan in 2013. The members are rooted in Bilad Al-Sham, spanning the divides from Amman to the Galilee to Ramallah and the rest of the Palestinian Diaspora. This new sound of 47SOUL has rapidly amassed fans in the Arab World and Europe by blasting the electric Arabic Dabke sound through underground music scenes. Tickets: AED 75, AED 100, AED 150 The prices mentioned do not include VAT. 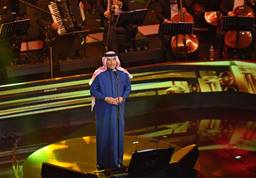 With a prolific career spanning more than four decades, thousands of songs and more than 30 albums, Mohammed Abdo is a master musician beyond compare. Known as ‘Artist of the Arabs’ – a name given to him by the late Tunisian president Habib Bourguiba, who was one of his admirers, Abdo is Saudi Arabia’s most revered musician and an Arab superstar. Tickets: AED 250, AED 500, AED 800, AED 1000 VIP Box (4 seats): AED 5,000 The prices mentioned do not include VAT.